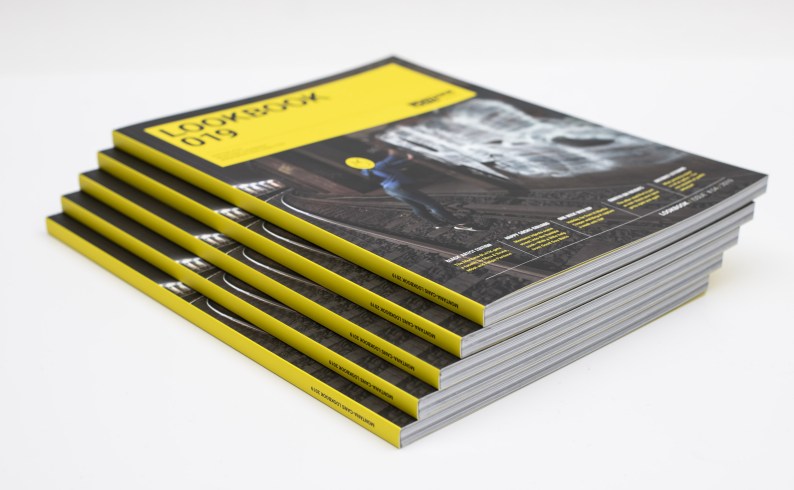 It goes without saying we’re already happy to partner with Montana Cans at POW! WOW! Rotterdam, but even we were pleasantly surprised to find a beautiful feature on our festival in the fourth edition of their yearly lookbook! You can get the magazine, which also has articles on artists like IMAGINE, THE LONDON POLICE, FRAU ISA, 1010 and 1UP CREW, in selected stores. Other events covered are METROPOLINK and THE BERLIN MURAL FESTIVAL, so yeah, we’re in pretty damn good company here.

There are special interest features on Abstract Lettering, Graffiti On Freights and Calligraffiti too, so it’s well worth your time to get your hands on a copy. However, if you’re somehow unable to, you can thankfully flip through all 160 pages digitally right here. Enjoy!

The international street art festival POW! WOW! celebrated its first European edition last year, Rotterdam’s M4H area. The second edition follows in September, but before that happens, the winner of ‘Best Public Event’ will be announced on March 14, during the 5th National Congres Events in Deventer. The professional jury deciding on the award judge events on elements such as vision, approach, organization, collaboration with stakeholders and value for its city. And POW! WOW! Rotterdam has been nominated for this prestigious award!

“We’re proud that a new festival like this is being recognized on a national level”, says festival director Dave Vanderheijden. “This is confirmation that for our whole team that we’ve been following the right route, and motivates us to make the next edition an even more beautiful and festive event for everybody!”

In 2018 the M4H area in Rotterdam was wrapped up in street art by some of the best artists from in and outside The Netherlands. The diverse crowd enjoyed the atmosphere in a sunny weekend full of arts, sports, street food and live hiphop acts on its main stage. POW! WOW! Rotterdam is a unique street culture festival in Rotterdam. It contributes to the international exposure of Rotterdam as a cultural hub, delivers a much desired event for audiences of all ages and offers street artists an acclaimed platform. In realizing its festival, POW! WOW! Rotterdam works with many local entrepreneurs and cultural collaborators.

POW! WOW! Rotterdam 2018 has already been awarded the Marketing Award Rotterdam Upcoming Talent, as part of the Merwe-Vierhavens (M4H) area. “Merwe-Vierhavens is a flourishing, innovative, raw and entrepreneurial area. It’s brimming with life thanks to the people living, working and inventing there. Formerly empty warehouses are being repurposed to experiment with new products and processes. New technologies are being created, tested and realized by people who put the neighborhood on the map as the fertile testing ground and showcase of the new economy”, the jury reported.

POW! WOW! Rotterdam adds to a rich history of graffiti and street art in Rotterdam. Research shows street art adds value to the city’s current cultural landscape, contributes to the feeling of safety in residential areas and its economic value for local entrepreneurs. On September 14 and 15 of 2019 the second edition of POW! WOW! Rotterdam takes place in the Southside of Rotterdam.