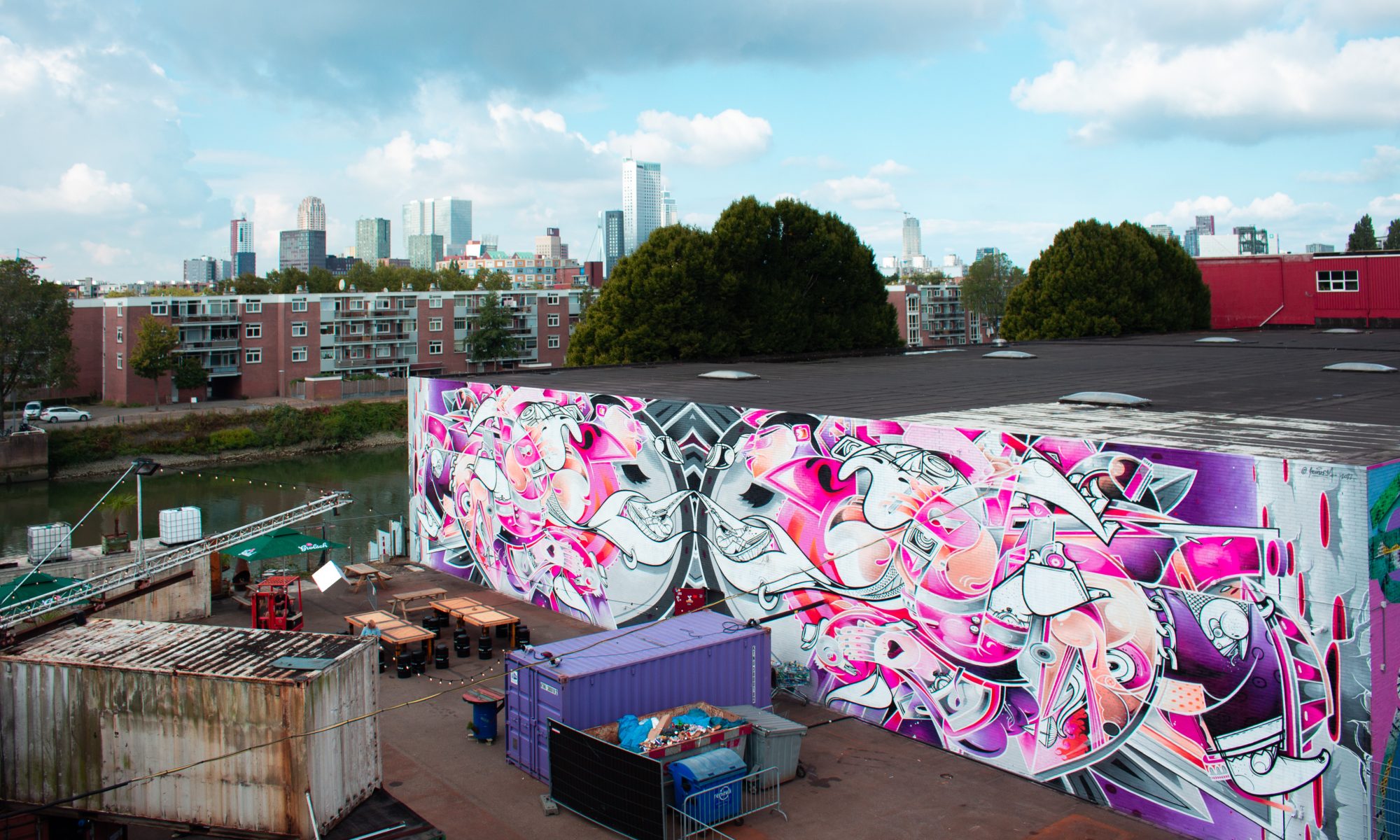 Ooohh my. We’re still on wobbly legs from a week of madness. Street art, sculptures, canvases, intervention art, sky lifts that were painted, stickers, tags, exhibitions, workshops, demonstrations, video animations, shops, a basketball court that was painted by the youngest visitors, screen printing, bike tours…. And all this was summed up at lightning speed by Rauwkost Film. Check out our first aftermovie of the 2022 edition here! 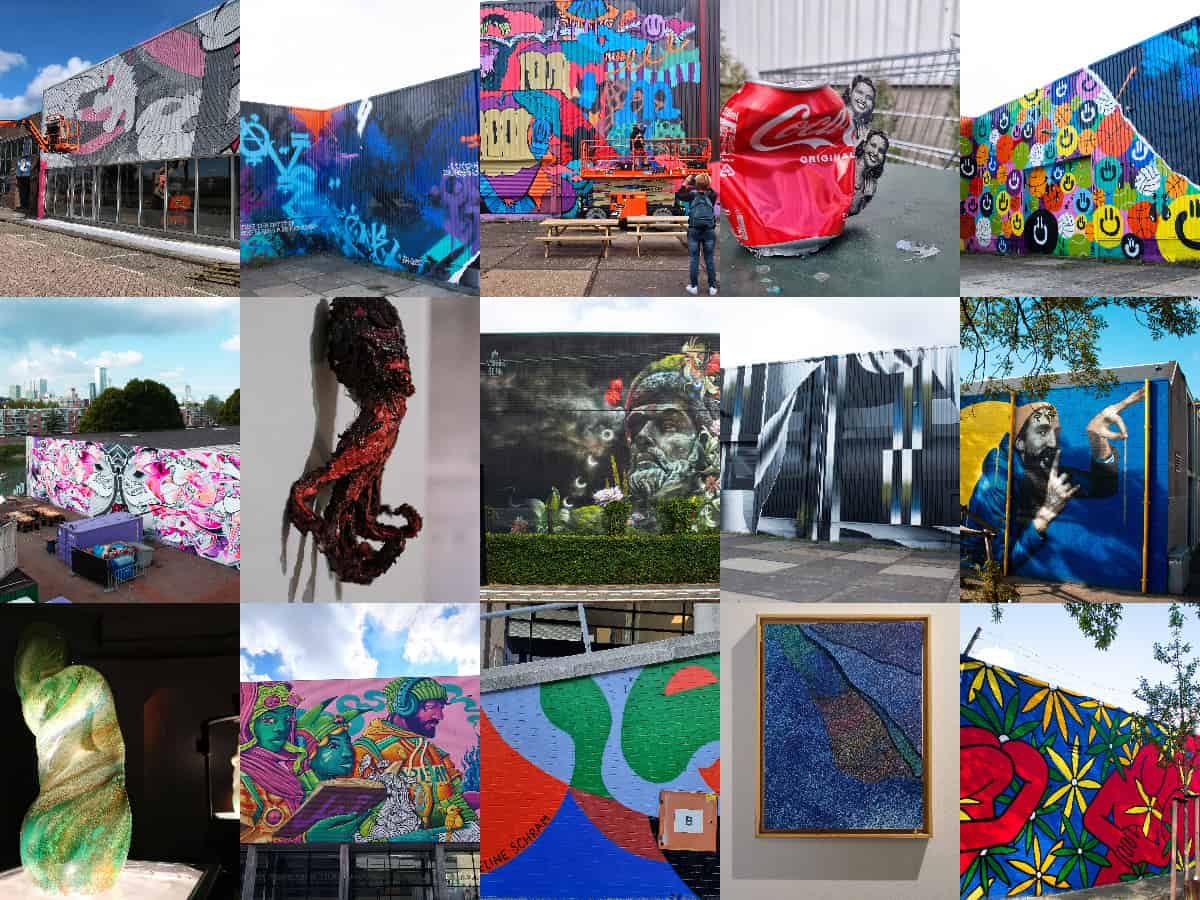 It was the fifth time for the organization, but somewhere it still felt like the first. Under the new name ALL CAPS – formerly POW! WOW! Rotterdam – a spectacular street art line-up was brought to Rotterdam. The result is a new street art route that allows the city to be viewed in a different way. During the closing festival day the organization welcomed over 2.000 visitors in the Mallegatpark. ALL CAPS Super Sunday was the finale of a week full of art in the southside of Rotterdam.

“We were so happy to return to Feijenoord. The district already welcomed us with open arms last year. This time we were also allowed to descend on the Mallegat Park. It turned out to be not only the perfect location for our exhibition in the gas dome, but also an excellent festival center. It is perfectly situated in the middle of all our newly realized murals. The open nature of both the park and the neighborhood helped give us a new identity, and provided room for experimentation.”
– Dave Vanderheijden, festival director ALL CAPS

This year’s lineup included Rotterdam talent like Reinier Landwehr and Jelmer Noordeman, both of whom got to work on the building of Padelvereniging Rotterdam. Together, they set the tone for diversity. The former worked his way up, freestyling through colorful and fruity patterns; the other added an abstract mural to the Feijenoord mural offerings. Another Rotterdam artist, Eveline Schram, was allowed to transform the entrance to Albeda on Rosestraat into a cheerful work of art.

Just around the corner, Ten Hun, from Seattle, was working on a gigantic wall. All week he could count on fans from home and abroad, who know him from his popular YouTube videos. Swiss artist BustArt could also count on a great response thanks to a fragmented version of Bugs Bunny that he put on a long wall at Korte Stadionweg. A truly eye-catching painting appeared on the tracks of Rotterdam-Zuid station, where the English duo Nomad Clan framed a figure from antiquity with flowers.

The murals were just one of the many art forms featured during this year’s street art festival. Sculptures, canvases and light projections were on display during EXPECT THE UNEXPECTED, the exhibition in a former gas dome. In addition, there was intervention art. Miss.Printed’s street collages and Tik Toy’s unique cookie clocks were on display in all shapes, colors and sizes, both along the route and in Mallegat Park.

Under the new name, the organization did not want to perform the same trick over and over again, therefore there was room for experimentation. New elements included an extensive children’s program on Sunday. The basketball court in the park was filled with unique chalk art in no time. Also, the youngest visitors could design their own t-shirt and make unique screen prints.

The organization’s headquarters hosted a midweek symposium called INSIGHT. There were workshops, panel discussions and demonstrations to attend, given by professionals from the street art world. During the closing ceremony there was – also for the first time – a block party. Various national and international DJs played from an American school bus, presented by the Rotterdam sound system Roll The Dice. To top it off, four sky lifts were decorated and exhibited on site.

The very first ALL CAPS street art route through Feijenoord can now be walked or cycled using the Rewriters010 app, which is available for free for iOS and Android.
The organization still has many photos to share via Instagram, so follow them via this link. 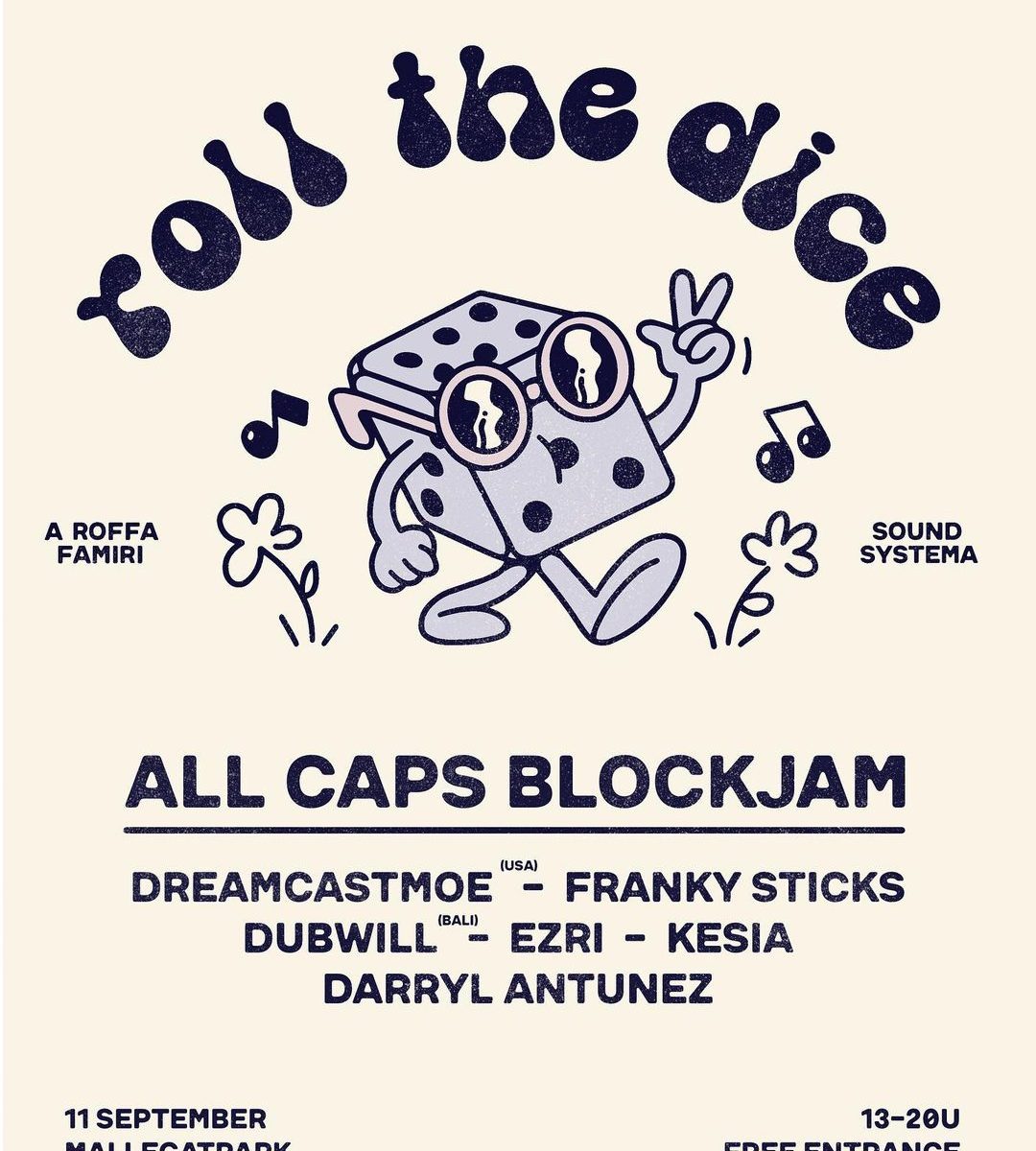 Here. We. Go! Today is ALL CAPS Super Sunday, so we’ll dance from 13:00 – 20:00. Entrance will be complete free of admission. Make sure we see you at the Mallegatpark this afternoon! Here are the DJ’s who will take place behind the 1’s & 2’s!