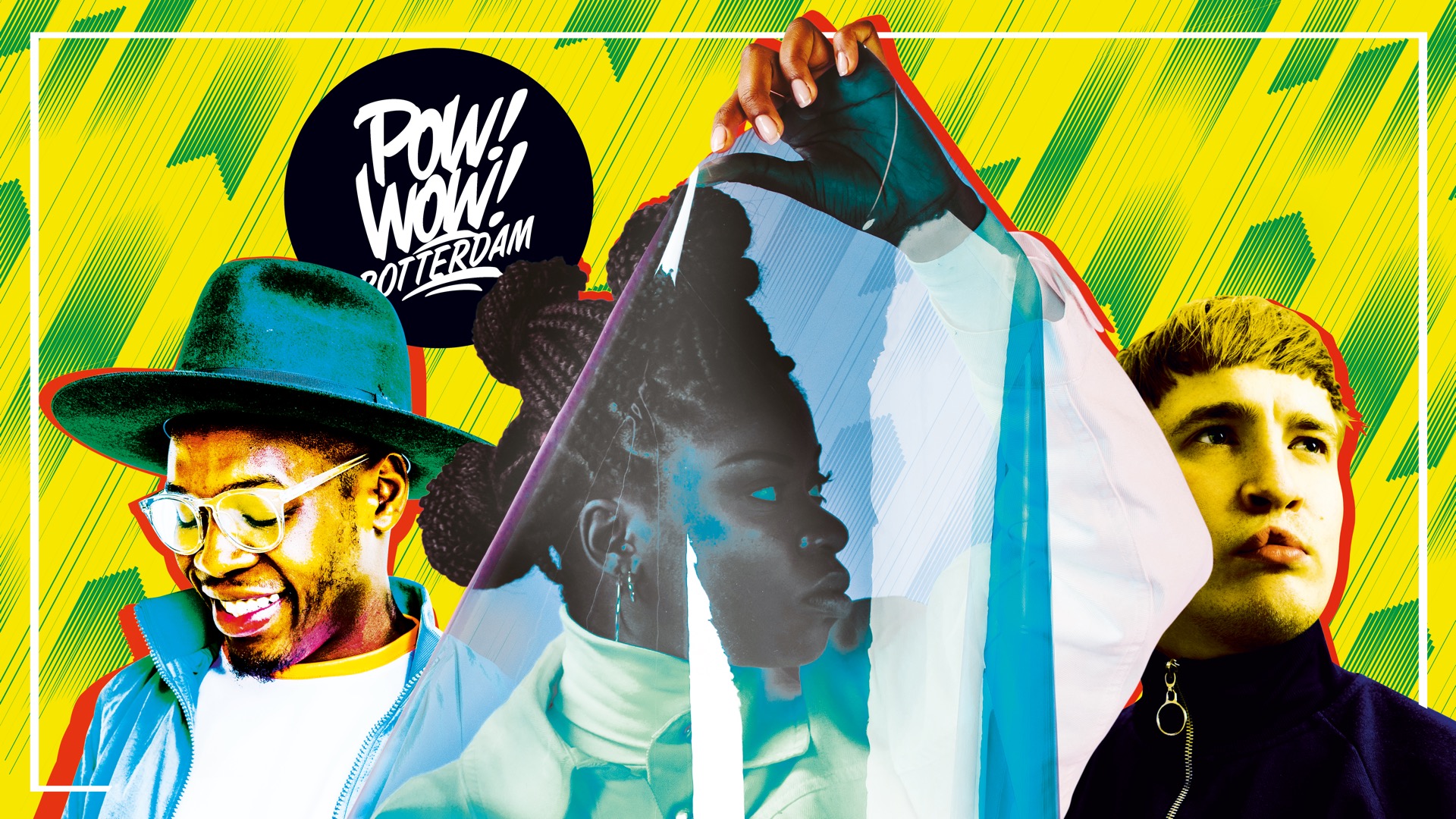 On September 15 we’ll have a lot going on on our festival terrain at the Afrikaanderplein in Rotterdam; lots of street art of course, but a full-fledged lineup of musicians too. Today, we’re proud to announce all of their names. And the best part? POW! WOW! Rotterdam is completely free, and accessible for people of all ages.

Not3s comes from North-East London and is planning on bringing his tropical and swinging hiphop to Rotterdam. He’s known for tracks like Addison Lee and building upon its success with Sit Back Down and To The Max (together with African super star Wizkid). His melodic, bouncy flow can be heard on features with AJ Tracey, Avelino and Chip, and on September 15 at the Afrikaanderplein!

Of course, we can’t ignore homegrown talent either; Amartey has quickly become the Dutch standard bearer of Afropop. Mixing the musical traditions of his motherland Ghana with r&b, reggae and rap, he will gladly serve that enticing cocktail to us together with his live band!

Songwriter and poëet Kay-Slice has Ghanaian roots as well. You know has as lead rapper in hiphop crew Brandwerk, but his work as a solo artist is expanding steadily through an eclectic mix of soul, hiphop and afrobeat. Final live-act is Rotterdam’s own Sammie Sedano. He’ll bring fiery trap beats to the Afrikaanderwijk, with lyrics straight out of the street life. DJ-team HUNNA Soundsystem completes the lineup and will play the greatest tunes in between acts. The stage is hosted by the and and only MC JR.

The full music lineup is as follows:

Apart from music, there’ll be a whole lot of street art to be enjoyed during POW! WOW! Rotterdam. In the neighborhood surrounding the Afrikaanderplein, several (inter)national artists will create colorful murals, on the festival terrain twenty cars will receive a through metamorphosis and there will be guided walking tours through the area. Entrance is free and POW! WOW! Rotterdam is open to people of all ages.

Earlier we announced that rising star Snelle would perform his lyrically sharp raps, and that Antwerp’s pride Coely would reprise her successes at North Sea Jazz during POW! WOW! Rotterdam. Her fellow Belgian Zwangere Guy is smashing festivals like Down The Rabbit Hole and Lowlands this summer, and will make a powerful impact in the Afrikaanderwijk as well.

Our lineup of musicians is powered by De Nieuwe Lichting. News about the mural artists at POW! WOW! Rotterdam is following soon, so stay tuned!