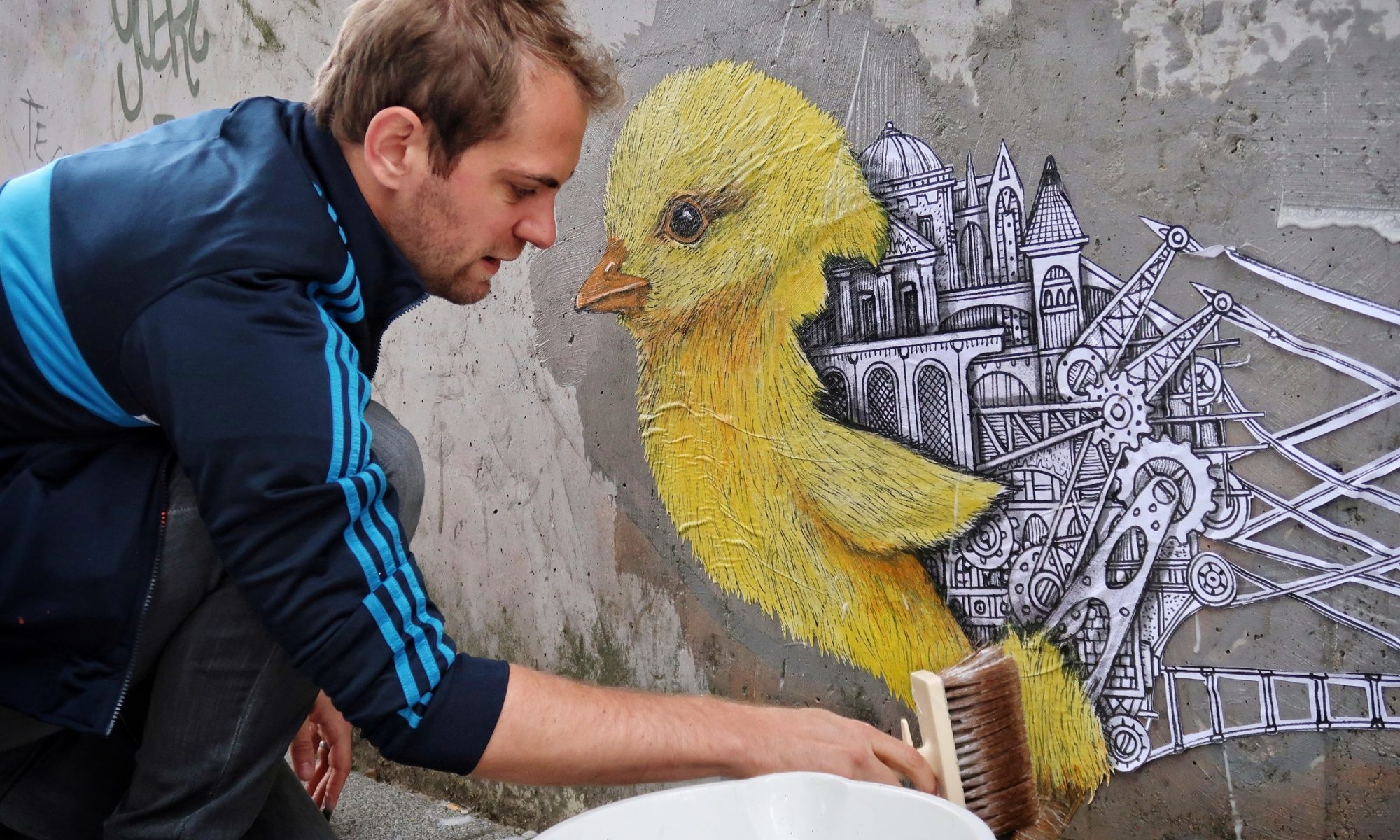 POW! WOW! Rotterdam will be held in Feijenoord from the 5th to the 12th of September. On September 5 many artists will start working on their murals; large wall paintings that will beautify the district. But there is much more to do and see. For example, just before the start of the festival, the organization brought the French artist Ardif to Rotterdam. And he left many of his beautifully designed paste-ups behind in the district. In it, his love for biology and engineering comes to life!

Street artists often have the ability to come up with fantastic things which are eye-catching, thought-provoking or complicated. Ardif meets all of these characteristics with his paste-up art. With his hybrid creations, he searches for the mechanics behind living organisms. While one side of his art pieces is often completely natural, the second half of his drawings seems to transform, and is full of mechanical and architectural elements. The contrast creates a captivating tension for the viewer. Enlarged variants of the designs he brings to the street; in his hometown Paris, his paste ups can not be missed and now it is Rotterdam’s turn.

The architecture that recurs in his paintings does not come out of the blue. Ardif studied architecture. This fascination, combined with that for forms, texts, diversity and expressions of nature, resulted in his series ‘Mechanimals’. From September 2, everyone can look for his paste-ups in Feijenoord, and find your own message in them.