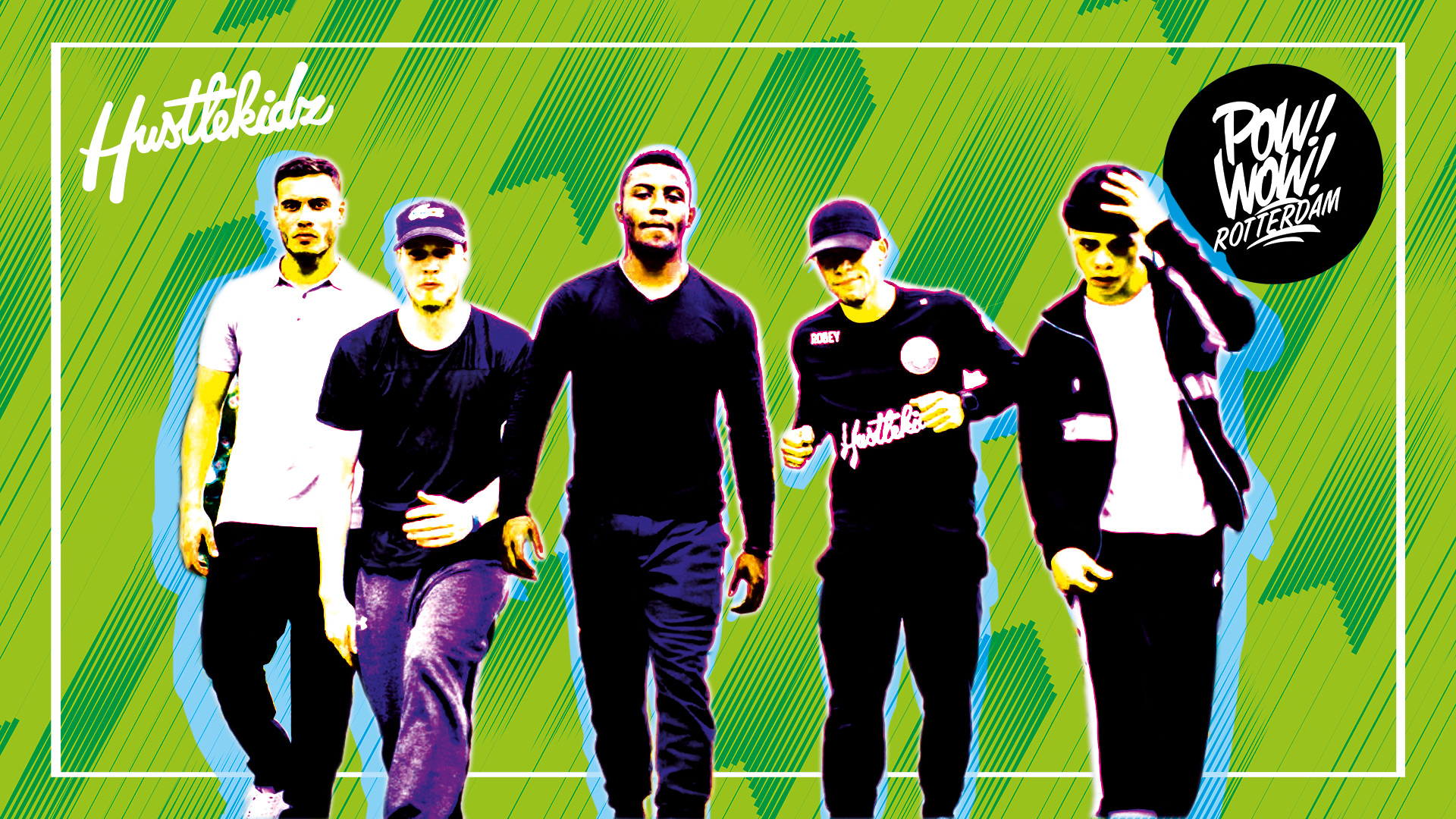 During POW! WOW! Rotterdam a full-fledged b-boy stage arises at the Afrikaanderplein. Throughout the day, it will the home of several spectacular battles!

There’s a 1-on-1 b-boy battle and for kids and young dancers (up to 16 years) there’s an allstyle-battle. The battles are hosted and organized by HustleKidz. This Dutch b-boy collective has been traveling The World for years and counts world champions such as Menno van Gorp, Xisco Riboch, Justen Beer, Kid Colombia and Shane among its members. Xisco: “We can finally put on a solid b-boy jam again in Rotterdam; for b-boys, by b-boys. HustleKidz has been building up its worldwide reputation for years. Now it’s time to bring the world to Rotterdam!”

An internationally renowned jury will judge all b-boy battles. Legendary key players like Moy Rivas (USA), Flea Rock (USA) and Xisco (NL) will decide who takes home the prizes. HustleKidz invites the world’s top competitors, and launches an open call for all dancers that wish to join the fray. Xisco: “The top of the Dutch and European b-boy scene will challenge each other in a 1 on 1 competition. The winner receives a completely taken care of trip to POW! WOW! Hawaii to join the breakdance battles there, where they’ll represent Team POW! WOW! Rotterdam. Besides that amazing prize, a total of € 1000,- in cash prizes will be awarded to the top dancers as well.”

The dance program will also have several legendary exhibition battles, in which a selection of the best b-boys in the world will face off against each other in friendly matches. The first of these battles we can announce is Justen Beer (NL) vs. ZEKU (USA).

Want to join the battle?

Do you want to compete in the 1-on-1 battle tournament or join the allstyle kids-battle? Fill in the online form and the organization will contact you soon!