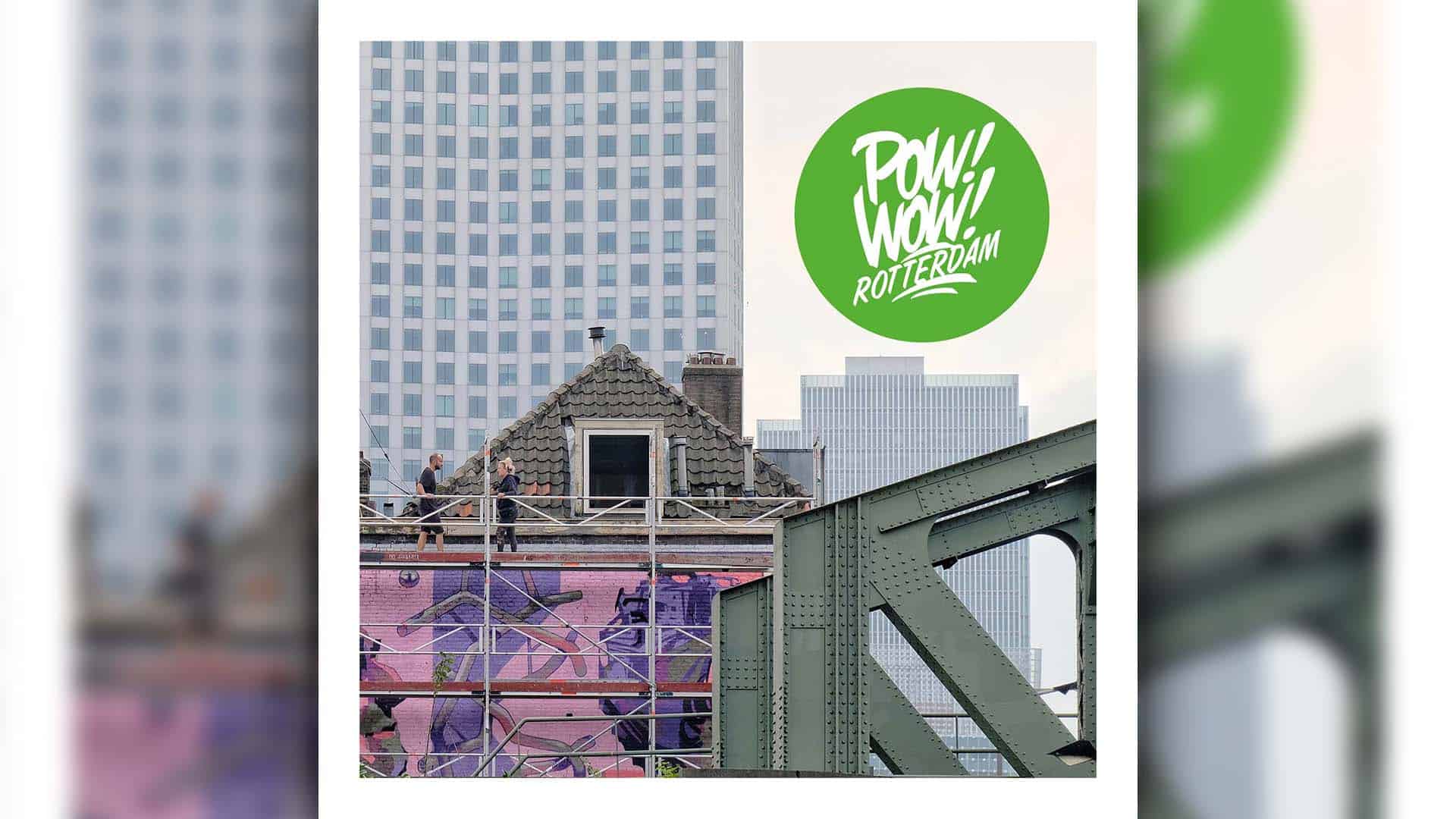 In September, the fourth edition of POW! WOW! Rotterdam took place in the Southside of the city. In the daytime, an international group of artists created inspired murals and artworks in its streets. In the evenings, they shared their stories in the atmospheric Hefpark. This is the second of three recordings of those talks. Host Jaap van der Doelen speaks to Jagoda Cierniak and Diogo Ruas, better known as the duo MOTS.

The Portugese artist Diogo Ruas had been painting for quite some time by the name of MOTS when he met Polish photographer Jagoda Cierniak. It did not take long for them to form a duo in which they stimulate each other through their creative chemistry. The mural paintings they create together consist of both abstract and figurative elements, in an expressive style full of rough, inventively tuned swaths of color.

For POW! WOW! Rotterdam 2021, they were offered the wall on the side of the building at Stieltjesplein 2A as a canvas. Because this wall is directly within the shadows of monumental rail bridge De Hef, they decided to research the location. Doing so, they found the documentary The Last Bridgekeeper by Dirk Rijneke. The cinematic portrait of Arie de Weerd, who had been the bridgekeeper of De Hef for thirty years, moved them so strongly they wished to translate it to their style. In a comic book-like sequence, the bridgekeeper is operating the enormous steel construction that was part of his life for all those years with pride and dedication.

While creating this mural, they took the time to talk about how they met, what inspires them, their creative process, the creation of Objectum in Spandau, Berlin, as well as their mural in Rotterdam and how working as a duo, has changed them as individuals.

New episodes become available on Thursdays, 6AM CET. Subscribe via Pocket Casts, Stitcher, Apple Podcasts or Spotify and you won’t miss a single one!